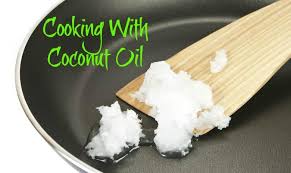 Coconut oil is commonly used in cooking.  Many people have claimed that coconut oil is best for cooking as it plays a very unique role in the diet as an important physiologically functional food.  As what numerous studies have found out, the use of coconut oil in cooking may boost metabolism and prevent the onset of degenerative diseases that have manifested in our bodies through the highly refined diet of the modern age.

There is one particular reason for using coconut oil in cooking, that is, the coconut oil is stable enough to resist heat-induced damage and so healthy that it helps you to lose weight, prevent heart disease, and lower cholesterol.   And, unlike the olive oil, which has been portrayed by media as the healthiest oil, the coconut oil has its lauric acid that can be used by the body to make the same disease-fighting fatty acid derivative monolaurin that babies make from the lauric acid they obtain from their mother’s milk.   It even contains no trans-fats which are highly found in vegetable oils, margarine, olive oils, shortening, and more. 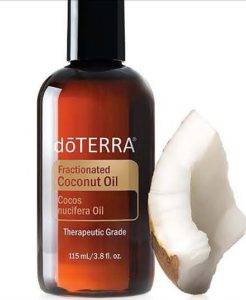 Take our 10-Question The Universal Ma’at Prospectus Quiz to see if you’re ready to network:
https://theuniversalmaat.org/quizzes-tests/