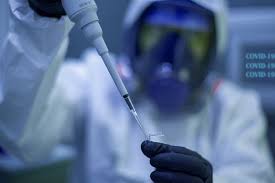 Still think you can just put affidavits in place, make a proclamation, wear uniforms and badges, and call yourself sovereign and all will be well? Think again… Read the attached. Prove things for yourself; stop listening to “smooth words” that may mean your very life!

Listen to Words of Wisdom:

Did you know that vaccines and testing is under the sterilization Act SEE- Buck v. Bell, 274 U.S. 200 (1927), is a decision of the United States Supreme Court, written by Justice Oliver Wendell Holmes, Jr., in which the Court ruled that a state statute permitting compulsory sterilization of the unfit, including the intellectually disabled, “for the protection and health of the state” did not violate the Due Process clause of the Fourteenth Amendment to the United States Constitution. The Supreme Court has never expressly overturned Buck v. Bell.

The Court upheld a statute instituting compulsory sterilization of the unfit “for the protection and health of the state.”

People ask who are the unfit? Look who have been criminalized and made criminal law today? Because the word BLACK under US law means sway to be criminal. SEE Morris, supr note 49, at 21. State v. Whitaker, 3 Del. 549, 550 (1840) “As slavery was exclusively confined to the black or colored race, color became the badge or sign of servitude…”

People better get out of that unfit undesirable description and correct that status.. The charge is actual Moors have been charged with aiding and abetting BLACKS.

In colonial statutes it reflect that Moors was under the condition of slavery.. By guilty of association.. Take it to the law of US construct..

Look up Charleston’s Free Afro- American Elite: The Brown Fellowship Society and the Humane Brotherhood.. Another society refused being black to the point that they snitched on the BLACKS.

Look up the BLUE VEIN SOCIETY. These were light skin women who used to snitch on BLACKS

You ever wondered why crimes were disproportionately high because states and federal laws wete targeting and profiling a people to control them legally by passing laws to restrict them in society..

Did you know that Noble Drew Ali (aka Thomas Drew, not Timothy Drew) was listed as “American Black” and that he died with this designation?  It was Moors who changed his designation in 1992 out of respect for him.

Still think you can just put affidavits in place, send them out, and this will protect your rights and protect you from the deadly impositions to come? Having a neighborhood watch is great, but even your uniforms and badges won’t stop what’s to come if you are still under the wrong jurisdiction.

Here’s 3 important rules to remember and to live by:

Make sure of your status under treaty laws and ensure them through enacting legislation; all of this determines jurisdiction and whether or not you have immunity and impunity.

How do we see our network?

There are 6 distinctive characteristics or components which comprise our network:

Trust – This is basic to any human relationship and even more so to networking.  Trust means firm reliance on the integrity, ability or character of a person or thing.  The idea of this network is not self-seeking advancement at the expense of others, but a means of mutual support.  With trust, there can be no conniving or back-stabbing; gossip has no place in networking nor has a leaking of privileged information.  Network participants must trust the ma’at’s purpose of nation building because mistrust can prevent the network from carrying out its projected plan.  our network links must trust each other to act professionally, to share accurate information, to give and get honest advice, and to refer genuine leads about network improvement to network participants.

Resource exchange and distribution – When talking of distribution and exchange of resources within a network, one for the most part is referring to the sharing of information.  There are instances when monies and other resources are involved, but information is the most widely-exchanged resource.  Information-sharing is absolutely essential if the ma’at is to function.  There are many ways in which the network executes the exchange of information with its external network links.  For example, conferences, the postal service and telephones are the primary modes of exchange.  The network utilizes computers to expand its internal and external exchange delivery, and other means to exchange information and resources.  The network is a central meeting place and distribution facility for the sharing and dissemination of information in the sovereign moor community.

Communication – The most important exchange of information and resources is done on a human level; human contact is so important and to the exchange of accurate and comprehensive information.  Communication is the means by which the ma’at imbeds spirit into the nation building process by defining boundaries, limitations and above all, maintaining the purpose of the network.  The four functions of communication are direction, production, innovation and maintenance.  Communication encourages the generation of new ideas to explore potential relationships and create change.  Without effective communication, the network will become a system within a vacuum, unable to provide and receive needed services and information vital to its effective functioning.  As a result, when communication stops, organized activity ceases to exist and individual uncoordinated activity returns.

Maintenance and analysis – The importance of a maintenance component is essential to ensure the proper and smooth functioning of the ma’at.  Our network must have the capacity to locate its flaws and adjust in order to remain operational.  participants have important choices to make regarding alternatives available to them in adjusting the network.  One such alternative is to begin anew if the network breaks down; participants deliberately may set aside an informal structure and try different approaches.  A second alternative is to enhance the network; here participants maintain the existing network and accentuate its desirable features.

Network expansion – the ma’at will expand by attempting to solve newly-identified common problems or by linking with other networks.  Participants can differentiate within the network.  Participants may create smaller, specialized problem-solving networks to impact upon the larger network.  Whatever alternatives are used, the ma’at’s network must continuously check and evaluate itself to ensure its ongoing existence.